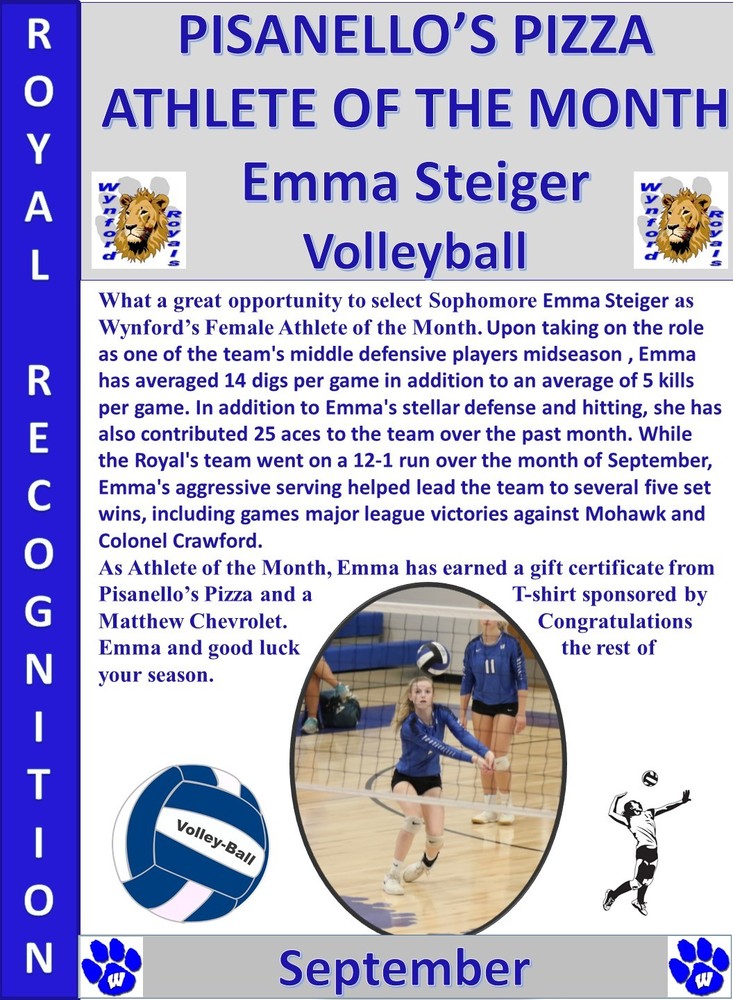 What a great opportunity to select Sophomore Emma Steiger as Wynford’s Female Athlete of the Month. Upon taking on the role as one of the team's middle defensive players midseason , Emma has averaged 14 digs per game in addition to an average of 5 kills per game. In addition to Emma's stellar defense and hitting, she has also contributed 25 aces to the team over the past month. While the Royal's team went on a 12-1 run over the month of September, Emma's aggressive serving helped lead the team to several five set wins, including games major league victories against Mohawk and Colonel Crawford.

As Athlete of the Month, Emma has earned a gift certificate from Pisanello’s Pizza and a                    T-shirt sponsored by Matthew Chevrolet.  Congratulations  Emma and good luck the rest of your season.