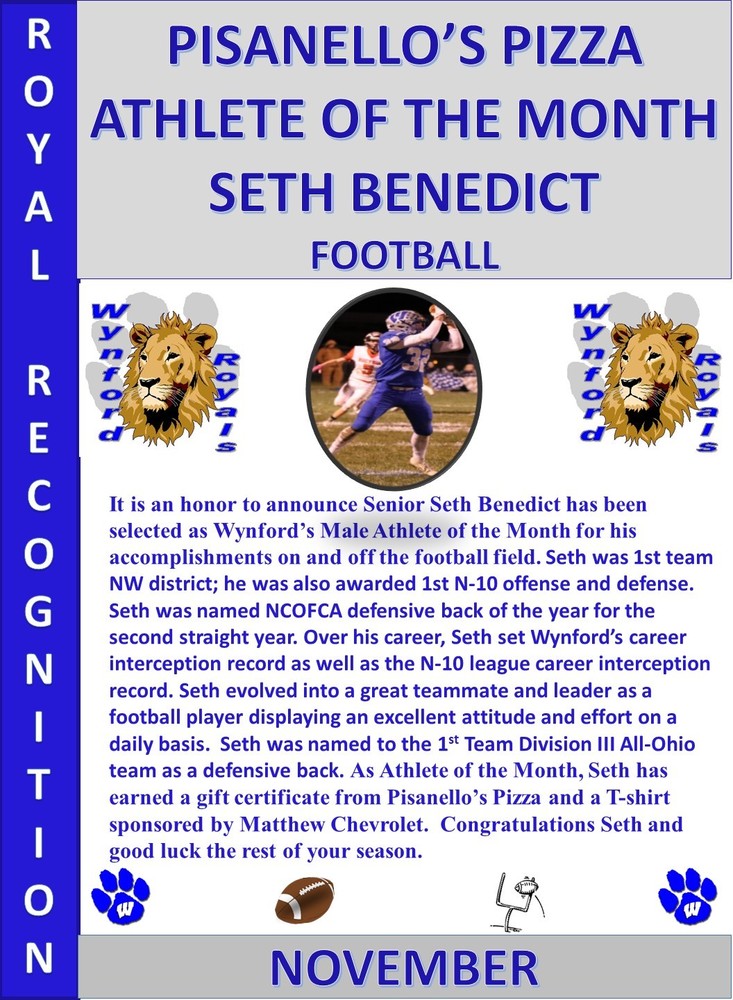 It is an honor to announce Senior Seth Benedict has been selected as Wynford’s Male Athlete of the Month for his accomplishments on and off the football field. Seth was 1st team NW district; he was also awarded 1st N-10 offense and defense. Seth was named NCOFCA defensive back of the year for the second straight year. Over his career, Seth set Wynford’s career interception record as well as the N-10 league career interception record. Seth evolved into a great teammate and leader as a football player displaying an excellent attitude and effort on a daily basis.  Seth was named to the 1st Team Division III All-Ohio team as a defensive back. As Athlete of the Month, Seth has earned a gift certificate from Pisanello’s Pizza and a T-shirt sponsored by Matthew Chevrolet.  Congratulations Seth and good luck the rest of your season.