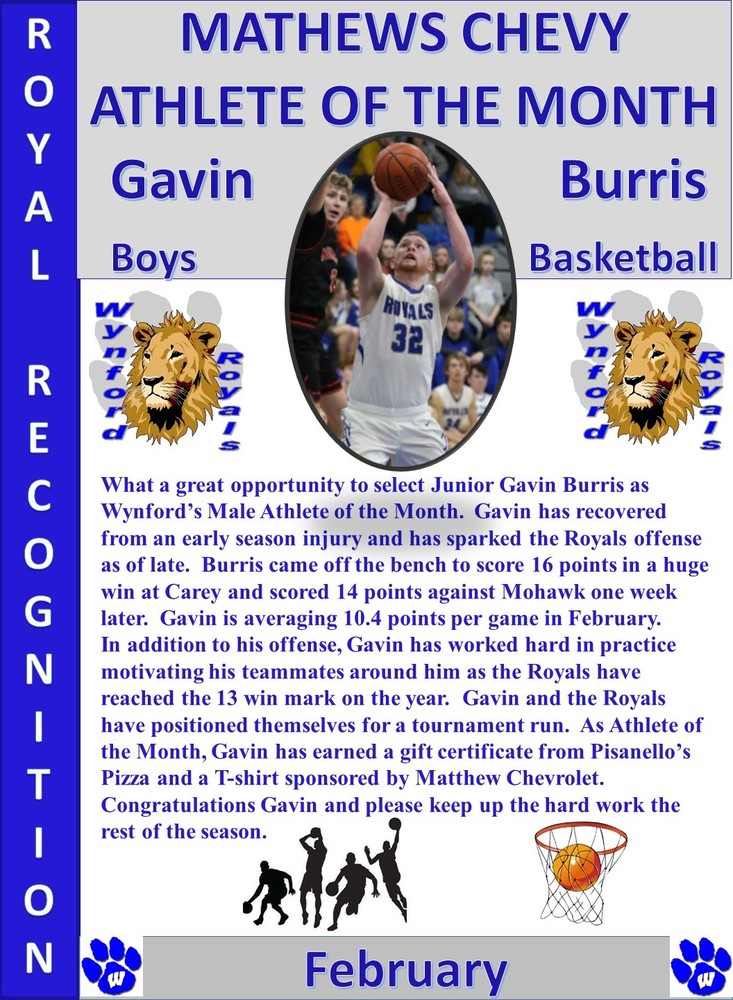 What a great opportunity to select Junior Gavin Burris as Wynford’s Male Athlete of the Month.  Gavin has recovered from an early season injury and has sparked the Royals offense as of late.  Burris came off the bench to score 16 points in a huge win at Carey and scored 14 points against Mohawk one week later.  Gavin is averaging 10.4 points per game in February.

In addition to his offense, Gavin has worked hard in practice motivating his teammates around him as the Royals have reached the 13 win mark on the year.  Gavin and the Royals have positioned themselves for a tournament run.  As Athlete of the Month, Gavin has earned a gift certificate from Pisanello’s Pizza and a T-shirt sponsored by Matthew Chevrolet.  Congratulations Gavin and please keep up the hard work the rest of the season.